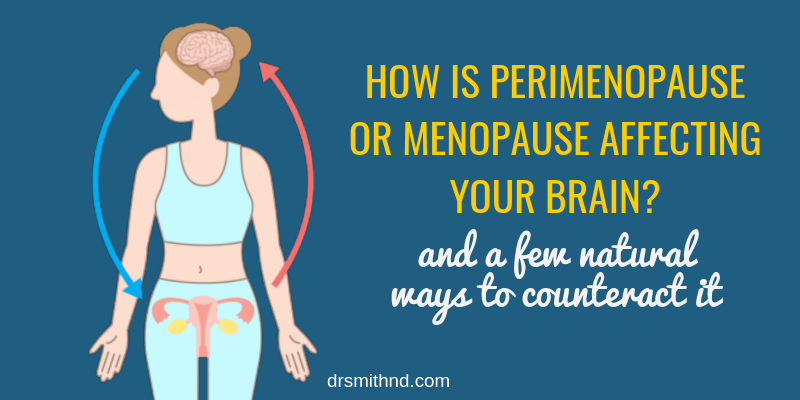 How Is Perimenopause or Menopause Affecting Your Brain? (And a Few Natural Ways to Counteract It)

Over the years I’ve had hundreds of perimenopausal and menopausal women walk into my practice desperate to get rid of the hot flashes and most urgently – address the insomnia that comes in tow, but I won’t be focusing on those annoying symptoms today. Nope, today is all about BRAIN health and hormones.

A few other symptoms emerge during these years that are perhaps more subtle, but also more concerning than any others: mood swings, memory loss and brain fog. Women today are often at the peak of their careers, sandwiched between elderly parents and small children and they are under pressure to perform, and they want to perform. Cognitive changes are very much tied to estrogen loss (or decreasing levels), and they are very noticeable, once you realize it’s all apart of this under addressed river of change that every single woman has to cross. This is very clear in what is reported by patients in clinical practice and what is also emerging in the research.

Unfortunately, these changes aren’t discussed in a direct way, and often women end up on sleeping pills, anti-depressants and other medications. Our culture simply hasn’t found a useful, honest and gracious way to dialogue about this crucial issue. It’s like the old days when nobody warned girls about their periods or talked about postpartum depression. I have no idea why, but sadly perimenopause and menopause are swept under the rug and really not addressed at all. We’re supposed to just tough it out and suck it up, …seriously?!? Well not in my life and not for the women in my practice because there are in fact safe, useful interventions we can and should use. We’re not going out to pasture just yet ladies. We’re going to rock this middle age thing.

It’s All About Estrogen (And a Bit About Her Sister Hormone, Progesterone Too)

Menopause is, of course, a normal consequence of being lucky enough to be alive beyond middle life. We launch ourselves at the future, throw ourselves into work and carry on like it’s nothing, but really, in no uncertain terms, it was extremely recently in human history that we have lived much beyond middle age. Hell if you made it to 50 you were considered a sage, ancient miracle of a being. And now we want to rocket on through these years but we have a problem – there’s no gas in the tank. Hormones – and not just estrogen and progesterone – are all, well, not working as well or not there at all. It’s ageing folks and nobody escapes it. But there is a way to go through it more gracefully and more healthfully, and this is what I dedicate a lot of time to in my practice.

So, menopause. The term is used to describe the changes a woman goes through as she stops menstruating, marking the end of her reproductive period. Technically, you are “in menopause” once you haven’t had a period for one year. The 10 (or so) years leading up to this time, is perimenopause. These years are characterized by more pronounced PMS, sleep starts to get disturbed, mood and memory are already changing and eventually, menstruation becomes irregular until it finally stops.

The process is essentially governed by a hormone called estrogen, and to some extent also progesterone. As women age, their ovaries stop producing regular amounts of these hormones, which essentially control the reproductive system. This process can start at different times for different women, but normally begins during a woman’s mid-40s and ends in the early 50s.

Throughout perimenopause and into menopause, the levels of estrogen and progesterone in a woman’s body begin to fluctuate. On any given day, the body may not produce enough estrogen, while the next day it may produce too much. This is what causes the irregularities in periods. When the body stops producing estrogen, menstruation ceases.

This link is now well documented, although researchers are still trying to figure out exactly why it occurs and the mechanism. The essential hypothesis currently is that cognitive disruptions occur because estrogen plays an important role in the brain’s internal signalling system because it participates in communicating what parts of the brain need blood flow. This is hugely significant given that estrogen levels fluctuate wildly, and eventually, we have none at all. *

Amongst the many conditions that researchers have now linked to menopause (but will begin in perimenopause), the most well-documented are:

Can These Changes Be Reversed?

YES THANK GOD, ladies there is indeed hope. Most of the changes caused by menopause on the brain can be reversed, at least it for most women.

While this doesn’t mean that estrogen levels can be magically fixed, our bodies are resilient and eventually adjust to functioning at high-capacity despite hormonal changes.

This is shown beautifully in a study published in the Journal of Neurology. The study followed a group of 800 women over six years, testing them each year. What the data showed was amazing: while cognitive decline worsened as menopause progressed, none of the cognitive effects were permanent. In fact, by the end of menopause, cognitive decline had stopped, cognitive levels were restored, and there was no evidence of structural damage to the brain.

While this is promising, it’s also important to note that it doesn’t apply to all women. Unfortunately, for the few women whose estrogen deficiency contributes to leading to Alzheimer’s, there may be no way to stop the decline.

Natural Treatments to Support Cognitive Health in Perimenopause and Menopause

As you know by now, my first strategy is to use nutrition and lifestyle as the foundation for treating hormonal conditions. Alcohol, food, toxins, exercise and stress play a HUGE role in impacting hormones so this foundational approach tends to take pressure off of my patient’s systems so that I can see what else remains and accurately assess how to treat it.

Ultimately naturopathic medicine has various useful ways to help reduce brain fog, memory loss and other mental health-related symptoms tied to menopause. In practicing personalized medicine, I use a unique approach with each patient that may include botanical medicine (herbs), supplements and possibly bioidentical hormone replacement therapy to get hormonal balance restored in my patients.

There is absolutely a role for bioidentical hormone replacement in terms of helping manage these cognitive changes. This requires a very individualized approach in medical practice as some women may not be appropriate candidates. Things that escalate your risk are (most of these escalate your risk even more than even being on hormone replacement therapy itself) are: having had breast cancer or an immediate family member who has had it, drinking more than 4 units of alcohol a week, not exercising 3-4 times (at minimum) a week, being more than 10lb overweight, smoking or having a long history of smoking, a diet high in processed food, having been on birth control pills for many years. So the take home is: see a doctor who is trained in this specialized area of women’s health and thus knows how to assess your candidacy and treat you safely. I do this every day in my practice and women are feeling SO much better for this extremely supportive therapy.

If you are undergoing perimenopause or menopause and are experiencing brain fog, memory loss or depression, consider booking a consultation with me. I will take a comprehensive medical history, possibly order lab tests and properly ascertain whether your state may be linked to fluctuating estrogen levels. 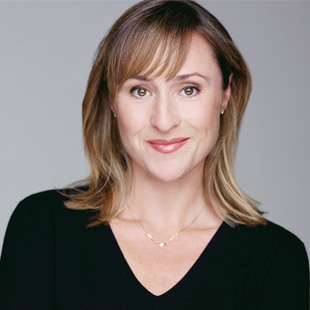